學測指考英文寫作  Natural Disasters (by a senior in college)

Natural Disasters  (by a senior in college)

There is only one thing that people can’t manage to surmount.  That’s the natural disaster.  That our earth has been disordered and started resisting by affecting the climate system becomes tricky.  To reduce the casualties during the deadly fightback from Mother Nature, we, human beings, make hefty of efforts to investigate how the weather works and what we can do for precautionary measure.

According to recent climate reports, hurricanes in South Asia, so far, have stricken many coastal countries for tens of times.  It, additionally, coincided with torrential rains, severe floods, and tremendous landslides, causing incalculable casualties and irreversible situation of their hometown.  What’s even worse, earthquakes, heat waves, tornadoes and even volcanic eruptions are trying to devour people’s life worldwide without mercy.

However, these disasters won’t step back for a moment with any mercy and sympathy.  They, unfortunately, always take a prompt actions and leave devastation.  Although human beings seem to be fragile in front of the Nature, we can still do something effective to protect us and not to submit to it.

There are four tips we can do in our daily life.  For one thing, have a plan of evacuation.  We can regularly simulate the route of evacuation with our family, like once a year.  For another, preparation of emergency box.  It should contain something can support us to remain our symbol of life, such bottles of water and dry foods, and portable radio is also required to update the instruction from our authority.  Third, avoid unnecessary risks.  We should calm down during disaster and just need to flee if necessary because there are many situation that staying indoors is safer than outdoors.  Eventually, go to the safest place.  It depends on what kind of natural disaster is.  For instance, we’d better stay at higher floor during the floods while at the surface during the tornadoes.

Last but not least, despise the fact that these precautionary measures can protect us in some degree, we should be back to our introspection.  Why do the climate strikes our lives?  The answer is here in our mind.  If we have strong urge to reclaim our peaceful life and fine relationship with our Mother Nature, we must rethink deeply how to work with nature with mutual respect.  That is the best way to live a sustainable life.

Natural Disasters  (by a senior in college)

Ever since human beings engaged in a lot activities for their survival and prosperity long long time ago, there have been many natural disasters which have occurred on the earth from time to time.  However, natural disasters have happened more frequently in the past five or six years than they had decades ago.  Recently, even some unexpected horrible disasters and weather phenomena have taken place more irregularly, which has brought about deaths of hundreds of people.  Some says it is the averse fightback from Mother Nature due to the humongous damage we, humans, have done to it.

According to recent weather report, fierce typhoons in South Asia, so far, have stricken many coastal countries more than ten times a year.  Additionally, these typhoons have coincided with torrential rains, severe floods, and tremendous landslides, causing sever casualties and irreversible damage to their cities and towns.  What’s even worse, all over the world, there seem to be more earthquakes, heat waves, tornadoes and even volcanic eruptions on their way, which is possible to devour many people’s lives without mercy.

Although we look fragile while managing to tackle them, there are three major things we can do in our daily life.  First, have transportation and evacuation plans ready.  Based on the plans, we can do the simulation one or two times every six months, which can make us not get into a panic so easily.  Second, prepare for an emergency box for our family.  It should contain something that can support us to sustain a period of critical time, such as bottles of water and dry food, and a portable radio which will help us obtain updated information from the concerned authorities.  Third, to avoid unnecessary risks, we should calm down to keep sharp and stay alert while the disaster really happens.

Despite the fact that these preventive and precautionary measures can lower casualties and damage to some degree, we should focus on the culprit of most of these natural disasters.  The culprit is seemingly far away, but is actually close at hand.  It is human beings.  If we want to have a sustainable environment to live in from generation to generation, we must want to respect Mother Nature and live in harmony with it.  We must entirely change how we get along and deal with our environment.  That is, there is no more waste and no more damage.  It is the best way that we can peacefully live on the planet for good. 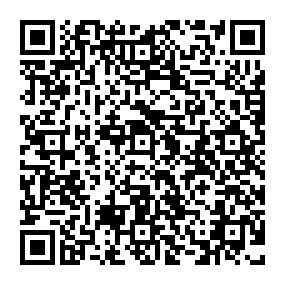