學測指考英文寫作  A New Cellphone (by a senior in college)

A New Cellphone  (by a senior in college)

In this day and age, everyone in my school has a cutting-edge smartphone. Except for me, they played the games, watched movies and discussed projects with smartphones. In reality, most of them connected their affection by making good use of cellphones. Despite of my efforts to attract their attention, they ignored me with only smartphone in their eyes.

One evening after being dismissed from class, I looked around my classroom to find someone to play basketball. At my first sight of classroom, it really disappointed me. Some were playing exhilarating online games altogether, others were discussing their itinerary for graduation travel, and still others were just phubbing with their giggles. All of them were radiating their smile, as if they were mocking my old-fashioned behavior ,which I held a basketball between arm and waist instead of cellphone in hands. After this, I made a resolution to buy a new smartphone in order to catch up the cellphone-centered era.

Once I got the new iPhone, I opened the package with my mind filled with elation. Moreover, the burning desire drove me to be blind to my homework even though I were going to have a midterm examination next week. The day after getting this new item, I kept holding my new cellphone in order to appeal to my classmates. It was not until the moment they said the words ”welcome to join us!”, I, finally, put down the big stone in my heart and felt no longer snubbed.

To keep in touch with my friends, I even used my phone on my way home. One day when I walked across a bridge, which I went through every day, I were stumbled by a stair that I always looked out. On top of that, I got injury on my knee, and my brandnew smartphone dropped into the water and never came back to me. At the very moment when I saw my phone being thrown into the sky and dropping into the river, my heart bursted at the seams with despair. However, the most incredible thing was not what my cellphone happened but the thought that first came to my mind. That is, I couldn’t image that I cared more about my cell phone than myself. Eventually, I realized that I was constrained by this devil, regardless of my behavior, my safety and even my life. It’s clear that I was supposed to get back on the right track, which I could really savor the taste of genuine life

A New Cellphone  (by a senior in college)

In this day and age, everyone in my school has a cutting-edge smartphone.  However, I’m an exception.  As a result, most of the time my classmates are busy using their smartphone doing whatever they want to and leave me ignored.

One evening after school, I looked around to find someone to play basketball.  It really disappointed me. Some were playing online games with each other, others were discussing their itinerary for graduation travel, and still others were just phubbing with their eyes staring at screens.  All of them were radiating their smiles as if I were not in the classroom in which I held a basketball standing doing nothing.  After that, I made a resolution to buy a new smartphone in order to keep abreast of them.

Once I got the new iPhone, I opened the package with my mind full of elation and spent a whole night figuring out what fancy functions I could use.  The following day, I brought it (with me) to school.  The moment I took it out of my pocket, my classmates yelled to me, “Welcome on board!”  I finally felt I was not left snubbed behind.  The entire exciting phenomenon drove me to be blind on my study even though a midterm exam was drawing near to me.

Two or three days after the midterm exam, I used my new smartphone while walking home via a footbridge.  Because I was busy enjoying the new thing and totally soaked in the exhilaration.  I didn’t know I missed one step while walking down.  All of sudden, I incautiously fell face-first into the platform between flights.  I also got injury on my knee, and my brandnew smartphone dropped onto the ground broken into pieces.  At the sight of that, my heart burst at the seams with despair.  Before I went to bed that night, I contemplated why I cared so much about my new smartphone.  However, before I found the answer, I already fell asleep. 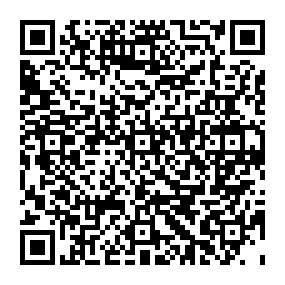