1.  The board represents utmost a______y in this community. The members of it take their orders seriously.

2.  Parents should pay more attention to what their children are watching on the television. Sometimes they are exposed to v______e unconsciously.

3.  The recipe I found online offers s______c details in the final steps of making this soup. I finally finished it successfully.

4.  Although attending this program will cost Sandra a f______e, she still insists on doing so to prove her determination and courage.

5.  The former mayor had a bad r______n for corruption. As a result, no one will vote for him again no matter what position he runs for in the future.

6.  My mother always tells us to keep our chin up and stay c______t when encountering frustrations. By keeping this in mind, I lead a happier life than other peers.

7.  The agent showed high a______n for the new actress. He thinks she possesses unimaginable potential to be the next superstar.

8.  My sister’s cat is rather weird; it doesn’t d______e to jump up on the lower cupboard unless someone holds it up there.

9.  I think something is wrong with my sister’s face after she stopped using the lotion. There are red s______ts and purple pimples on her cheeks every day.

10.  My son’s academic performance is o______g on the final exam.  My wife decided to buy him a new pair of sneakers to reward his hard work.

11.   The new salesman had been pretty rude to foreign c______rs many times. No wonder he was fired two weeks later.

12.  In the medieval period, knights should have absolute l______y to his king even if he needed to sacrifice his own life in exchange for his king’s safety.

13.   The manager cannot stand the new employee anymore since he is so c______y that he has broken three vases and split several bottles of tea.

14.  Kate obviously has a charming and attractive c______c. She is welcomed no matter where she goes.

15.   As the old saying goes, “There is a black sheep in every f______k.” What uncle Edmund had done really brought shame and disgrace to our family.

16.   Mrs. Jones takes p______e in the success of her three children. She talks about their accomplishments whenever she has the chance.

1.  Joining different types of clubs to experience unfamiliar things can add color ____ your college life. A lot of people discover their real interests in the clubs.

2.  In Chinese, the number “4” is often associated with negative concepts, such as bad luck ____ death.

3.  ____  accused of stealing, the suspect threw a great temper and insisted silence until his lawyer came.

4.  “A white lie” refers ____  a harmless or trivial lie; especially the one that is said to spare other people’s feelings.

C) another, the other, another, still another

6.  Whenever there are problems coming up in the club, some of the members are eager to fix them, while ____ usually just sit there and watch.

A)  Because Paul was bitten a dog by accident in his childhood, he dares not to get closer to dogs now.

B)   Because Paul was bitten a dog by accident in his childhood, he doesn’t dare to get closer to dogs now.

C)   After dark, no one dares approach haunted house, let alone enter it.

D)   After dark, no one dares to approach haunted house, let alone enter it.

8.  The color purple ____ represent the royalty in the old days, especially in great cities such as Greece and Rome.

9.  Lily ____ severely punished for cheating on the final exam the last semester. However, she did it again this time. Her parents thought she didn’t learn anything.

10.  Many pictures that ____  the building were mysteriously destroyed. The authorities thought it might have something to do with the vandals.

A)   America is a great cultural melting pot. Some are native residents, others are temporary workers or students from all over the world, and still others are immigrants from a different continent.

C)   All I can say about show is that the characters are quite impressive. One is pretty dramatic, one is very pessimistic, one is independent and brave.

A)   Stop staring at the weird vase that my husband got from the auction. We all know it is nothing but a white elephant.

B)   Lucy is always as proud as a peacock, and that is why people actually do not like her that much.

C)   We’re all surprised that Kevin dared to do skydiving; we start to regret calling him a jumbo jet.   (chicken)

D)   The housewife is one of the greatest jobs in the world. They are always as busy as bees and taking care of everyone in the family.

A) One, Another, Some, some, the others

B) One, The other, Some, others, still others

C) One, The other, Some, others, the others

D) One, Other, Some, others, the others

A) In summer, Jill likes to eat fruit, watermelons and pineapples are included.

B) In summer, Jill likes to eat fruit, including watermelons and pineapples.

C) In summer, Jill likes to eat fruit, inclusive of watermelons and pineapples.

A) She needs not come to see us tomorrow because we’ll be out of town.

B) She needs not to come to see us tomorrow because we’ll be out of town.

C) She doesn’t need to come to see us tomorrow because we’ll be out of town.

D) She doesn’t need come to see us tomorrow because we’ll be out of town.

Language is full of all kinds of possibilities. In many cultures, people use a variety of expressions to spice up their languages. Some expressions are associated with historical figures, others are related to natural phenomena, __1__ have something to do with animals and their similarities with human’s personalities.

People compare certain animal behaviors __2__ specific characteristics. For instance, foxes are regarded __3__ sly and mischievous, while bees are hardworking. In English, sentences like “as sly as a fox” or “as busy as a bee” are commonly used expressions in daily lives. Here is another useful phrase: “an elephant in the room”. This phrase __4__ describe a problem that is __5__ obvious __5__ it should be dealt with immediately, but in fact, no one makes a move on it. Therefore, the problem is left untouched but no one __6__ to talk about it. We usually cannot directly interpret the meanings from the surface of the expression, and it is __7__. Without a doubt, not only __8__ using expressions make a language more interesting, __9__ helps the learners __10__ more about the culture behind it. 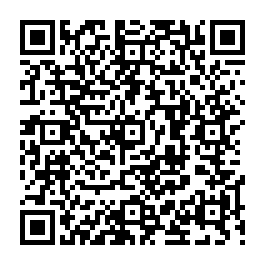