1.  The helicopter trip over the mountain is a t_____ling beginning to a fantastic holiday.

2.  Ancient Greek Temple is one of the most m_____t cultural relics.

4.  In the Hamlet, Shakespeare p_____ts the protagonist as a noble man doomed to destroy himself.

5.  A m_____l disorder may cause significant distress or impairment of personal functioning.

6   Refugees are still f_____ding across the border to save their lives from the evil Government.

7.  I broke my sister’s favorite cup by accident, so I t_____e to think what will happen when she finds out.

9.  During the holidays, the amusement park is filled with kids who are screaming with d_____t.

10.  Hearing of the miserable news from hometown, Henry kneeled down and there was a blank e_____n on his face.

12.  The haunted house scares everybody.  We all heard someone’s footsteps d_____ding the stairs but none of us was on the second floor.

13.   In c_____n to other recent video games, I think the games on Nintendo Switch are the most interesting ones.

14.  It’s too scary and horrible to p_____e a world destroyed by nuclear weapons.

15.   I am in a_____e of the astronomers and the astrophysicists who are able to predict the composition of the star.

16    According to car magazines, some streamlined cars in red and white are a_____ling to men very much.

17.   Encouraging words will do w_____rs and give people instantaneous confidence and courage.

2.  The concert is so great.  _____ by tens of thousands of audiences and receiving a standing ovation, the musician stands up and bows in return.

5.  The following _____ the math formulae for solving the complex calculus question assigned by our math teacher last week.

7.  We need to consider _____ the disadvantages of the scheme outweigh the advantages.

8.  The attack was unsuccessful and only served _____ alert the enemy.

A)I seem to have left my car key at office when I arrived at the parking lot.

B) He not seemed to have grasped what the teacher really meant.

C) It appears that my friend followed my advice to see a doctor.

D) Carol appeared that she was the first time to understand our plan.

E) Al Gore came across as an earnest, deliberately spoken politician, often gesturing with his hands.

10.  Choose the correct one

A)So as avoid scratching the newly finished floors, we took off our shoes.

B) In order to impress the employer, Terry wore a suit to his first job interview.

C) She didn’t switch on the light so as doesn’t disturb her husband.

D) I walked softly across the room in order that I don’t wake up the baby.

A)I had a fight with Doris. I will neither talk nor texting to her anymore.

B) Only one answer is correct, so either Tom or you are right.

C) That Both Aphrodite and Athena are the goddess of the Greek mythology are true.

A)Sandy waited for two hours, she didn’t know when John would come.

B) Not knowing when John would come, Sandy waited for two hours.

D) Sandy waited for two hours, knowing not when John would come.

E) Little did Sandy know John would come.  She waited for two hours.

A)The picture reminded us of the sweet time we spent together in Taichung.

B) The suspension bridge collapsing this morning, which led to six deaths.

D) Sitting in the square, we watching a series of amazing shows.

Poetry out loud is a program ___1___ by the National Endowment for the Arts and the Poetry Foundation in 2005.  The program helps students ___2___ public speaking skills, build self-confidence and learn about ___3___ literary history and contemporary life.  Not only does the program offer more than $100,000 in prizes and sufficient free teacher resources, ___4___ it provides with a large anthology of classic and modern poems, audio and video clips, as well as complete contest information.  It’s no surprise that it can ___5___ students’ desire to get access to poetry.  ___6___ is the feedback from one of students ___7___ in the program.  “Poets have the gift of putting emotions and human experiences into words.  Before I began this process, poetry ___8___ foreign and inaccessible, but now it is an art with ___9___ I can connect, which makes me appreciate it more fully.”  In conclusion, everything you need to help you perform a successful recitation is right here. 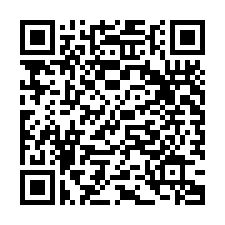