1.  I do not like the texture of the new sweater.  It is pretty r_____h, so my skin feels really uncomfortable.

2.  The lion at the circus show r_____red at the audience.  Everyone was frightened by its loud voice.

3.  My sister still remembers that I took her candy away several times when she was little.  She swears that she will never forget about those i_____ts.

4.  Linda was u_____t upon seeing the grade of her math exam.  She had prepared for it for a long time, but she still didn’t do well.

5.  My neighbor’s dog always barks at night.  I find it really a_____ying but I haven’t complained to her yet.

6.  My mom prepared two suits for me to wear on special o_____ns.  I keep them carefully in my wardrobe.

7.  When I reached out to the little stray cat, it h_____tly approached a bit but soon turned away.

8.  Mary was extremely nervous because she couldn’t r_____l what her boss asked her to do.  She knew she was sure to be scolded.

9.  Amy is always c_____ning about her job as a kindergarten teacher because she doesn’t like kids at all.  No one knows why she chose that job at first.

10.  If I don’t drink two cups of coffee in the morning, I will d_____t into sleep easily right after lunch.  I think I might need to go see a doctor.

11.   The black woman demanded the rude white police to a_____e to her for discrimination.  The situation was tense at that moment..

12.  My grandma was always r_____l that she didn’t return the phone call ten years ago.  That was the last call from her mom.

13.   Our teacher teaches us to s____e appropriate opportunities in no time, so that we won’t miss anything which is good to us.  .

14.  When the teacher asked John to be the leader of the class, he agreed i_____ily because he was actually pretty busy.

15.   The customers over there were very impolite.  They yell at the nice waitress u______ly, and they even broke two plates intentionally.

16.   Fifteen years ago, I had a huge fight with my childhood best friend.  From that day f____d, we have never spoken to each other again.

17.   There are many signs on the doors of the train to remind passengers to avoid l_____ning against the doors.  Such deed is very dangerous.

1.  My brother stood at the boarding gate with his hands _____ nonstop at us. I believe that he will miss us very much.

2.  With the additional statistic graphs _____ to the email, I think my boss will understand my proposal better this time.

3.  The ice cream vendor around my childhood community used to be my favorite. _____, I still recalled the flavors.

4. During the class reunion, everyone was surprised to see Jacky, the smart guy that was once _____ the top in our class, has been unemployed for six months.

A) Michael Jackson is said to wear

B) Michael Jackson is said that he had worn

C) It is said that Michael Jackson wear

6.  For _____ time, I told my son not to throw the plastic bottle directly into the trash can. But he still did the same thing.

E) hundredths of    F) hundreds of

7. _____ realizing that something uncontrollable is about to happen, the police shut down the exit immediately.   (2)

9.  My parents had sold the old house in the country side _____.  They happily live in the city with my sister now.

11.   Bruce shouldn’t have _____ his boss last night after drinking. He felt very regretful this morning, but all was too late.

A) Hardly has the sun gone down when the dogs around the farm started to bark. Their voices could even travel to another village.

B) No sooner when the train had left than Tom arrived at the platform.  Now he has no choice but to wait for another fifteen minutes.

C) Scarcely had the teacher turned around to face the blackboard than the students started to eat cookie.  They were very naughty.

D) No sooner had the telephone rang than Mrs. Lee woke up.   She has been sleeping on the couch for the whole afternoon.

A) The band walked out of the stadium with their instruments left on the stage. Some crazy fans tried to climb up to touch them.

B) The nurse left the room with the window opened.  The patient felt too cold so he called the nurse to come back again.

C) My father sat in front of the fireplace and listened to the podcast with his head slightly nodding.  He fell asleep again!

D) The scientists entered the lab with their sleeves rolled up high.  They were going to conduct a new experiment.

3.  我以前都會在晚上幫我兒子塞好被子。他上國中之後就要我停止這麼做。從那天開始，我覺得他長大了。   (tuck in,  from that day forward)

When I grew up, I discovered what I have been missing is __5__ my mother’s hands. Ironically, I used to __6__ it so much, but now I want to tell her how __7__ I was.  Last week, I came back home to visit my mom.  Surprisingly, she entered my room and wanted to do the same thing as before - brushing my hair, and kissing me on the forehead.  ___8___ grabbed her rough hands and apologized to her for my being rude that night.  She smiled __9__ her head shaking and said, “I don’t remember a thing!”  At that moment, my guilt was nowhere to be found because my mother __10__ me long before.

A) No sooner had she leaned over after I

B) Hardly had she leaned over after I

C) Scarcely had she leaned over when I

D) Hardly had she leaned over after I

E) Scarcely had she leaned over before I

F) As soon as she leaned over, I 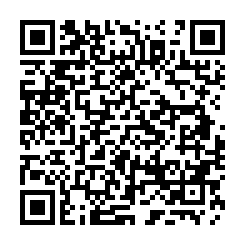