One day, I was going to be late for school. I ate my breakfast quickly and went out. I got on the MRT and sat on the seat. I felt sleep and slept a while. When I woke up, it was time to get down the MRT. Suddenly, I saw a man who forgot to take his notebook. I took the notebook and ran to the man in a hurry. The man felt surprised and praised the thing that I did. The man said he wanted to buy me some drinks for thanks. I thought I was almost be late for school, so I refused the man's kindness and went to school. I arrived the school on time. When the school bell rang, the substitute teacher came in the classroom. I felt surprised because the substitute teacher was the man who forgot to take the notebook from MRT. Because of the thing in MRT, I got the high grade in this class from the substitute teacher.

On a hot summer morning, since I was going to be late for school, I ate my breakfast quickly to take the MRT. Feeling comfortable in the cool air in the car, I took a nap for a while. When I woke up, it was time to get off the MRT. I saw a man who got up to walk out of the car and left his notebook behind. Without any hesitation, I took the notebook and ran to him in a hurry. To his surprise and delight, he praised what I did and wanted to buy me a drink. However, I was almost late for school, so I refused his kindness and went to school directly. After the school bell rang, a substitute teacher came into the classroom. To my astonishment, he was the man I met this morning. While making a roll call, he recognized me gladly and I was asked to stand beside him. In the front of the class, he told every student a story happening to him this morning. 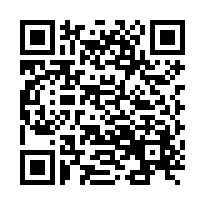